Europe represents 27 populations with different cultures and political ideas. That’s also 445 millions of people spread on more than 4 millions of km2. Nowadays, a 3 days journey by train and bus separates the two European inhabitants the most distant from one another.

However, in spite of those differences and distances, those people need or want to meet the faster the better. That’s the reason why some high-speed train companies linking different countries were created.

As the demand is here, I suggest creating a brand that would unify the existing offer and that would also implement new high-speed lines all over the European territory, connecting big cities together. Thanks to this new brand, our two European inhabitants the most distant from one another could meet in only 15 hours maximum.

Above the journey’s duration, we can ask ourselves how this TGV company would allow people to connect emotionally and how it would strengthen the European identity feeling ?

This European TGV would allow European individuals to create great moments together either inside or outside the trains.

Currently we know that the EU is working on the uniformization of the European railway network, more high-speed train lines are built and more ecological trains are under study. So this brand could exist one day. 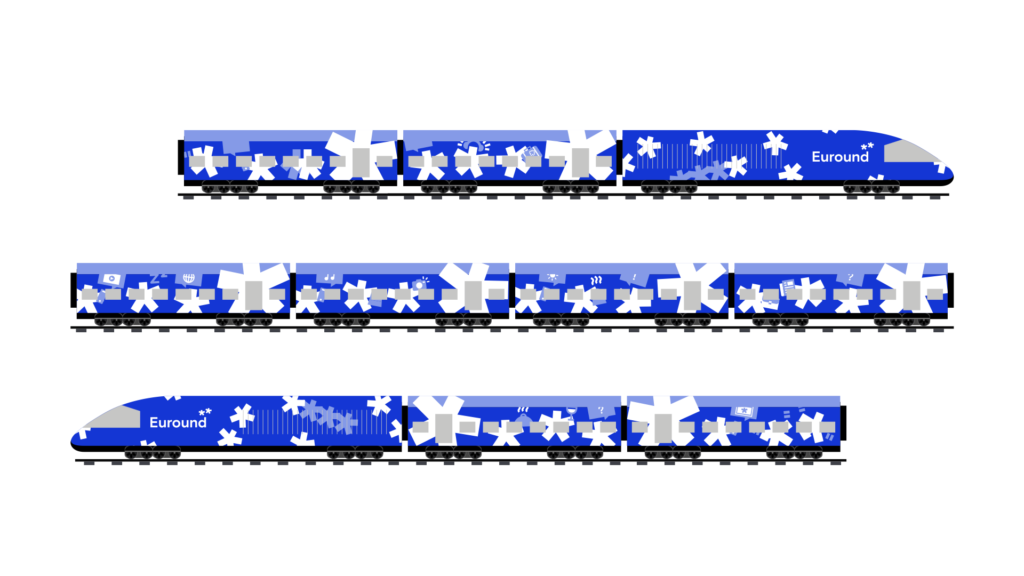 Part of the application dedicated to the ongoing journey

“Cities’ incarnation” done by travelers regarding their favorite encounters and discoveries.